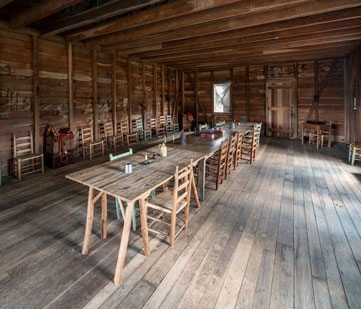 Washington-on-the-Brazos is an easy day trip from the Lake Conroe/Montgomery area.  Since we have just finished celebrating July 4th, our nation’s birthday, then why not explore the birthplace of Texas.  Situated between Navasota and Brenham just a little off Hwy 105, Washington-on-the-Brazos State Park is a great place for families wanting to learn more about our state’s history.  It is much more than a museum.  The park is a destination for history buffs, bird-watchers, and day-trippers.

Star of the Republic Museum:

Let’s first discuss the nicely curated museum.  You will follow the history of Texas in the museum beginning with the Native Americans to Texas becoming its own nation to joining the United States of America.  However, the main focus is the birth of Texas.  Much like the USA, the founding fathers declared their independence from Mexico in writing right there alongside the Brazos River.

You can step into the historical building where men met to jointly declare Texas’ independence from Mexico.  See the humble beginnings where a nation was literally born.  Men signed their names knowing that they would now be targets and their lives and property were in jeopardy.  We know that their fight for independence was successful.  Obviously they did not know how it would play out, but were willing to risk it all for what they believed. 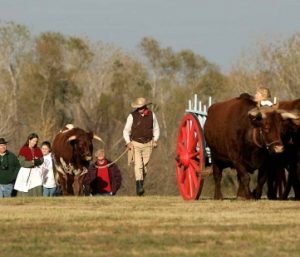 Barrington Farm is a must-see.  It was the home of Anson Jones, the last President of Texas.  Today it is a living history farm.  They have special days throughout the year, but in July they have two events.  The most fun for children seems to be July 18th and 19th from 10 am -4 pm when they host Kids & Pastimes.  Volunteers in costumes will be showing children what playtime was like for kids during the 1850s in Texas.  Visiting the living history farm truly brings history to life and transports you 170 years in the past.

The Star of the Republic Museum has a gift shop filled with Texas memorabilia.  From copies of the Republic of Texas currency to copies of the Declaration of Independence, which make cool gifts for the Texas history buff in your life.  You can purchase unique toys and candy from an era gone by. Many other one-of-a-kind gifts are available for sale.  Even if you are not a shopper, it is worth your time to peruse the shelves.

The Park at Large:

Spend time exploring the many trails around the park, see the massive pecan trees, and the wide, rolling waters of the Brazos River.  Eat lunch or grill your lunch at the public park site.  Play with your kids on the playground equipment or out in the open spaces of well-maintained lawn.  Sit quietly and observe nature.  The park is home to many native species and well-known for being an excellent place to watch birds.

You can spend hours at the Washington-on-the-Brazos State Park.  It is the perfect outing for families or a couple looking to do something different.  Just an hour drive from the Montgomery/Lake Conroe area makes it an excellent day trip.  During the COVID-19 pandemic, they are still open to the public, but are limiting the number of guests.  They do request that you call before heading out.  Check out their sites for more details.