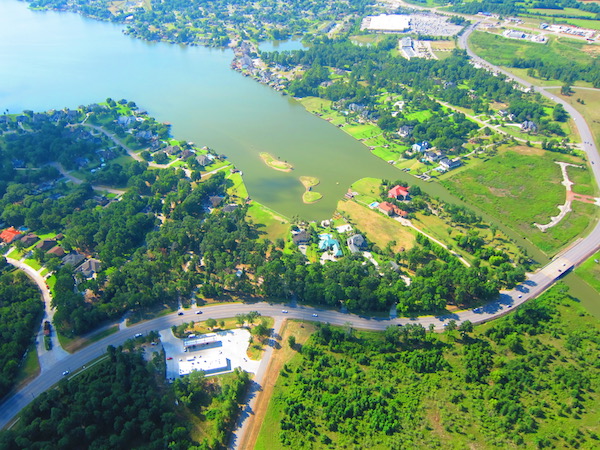 The Lake Conroe market is starting to hum again after one of the worst storms in history. Harvey was awful, and many people were negatively affected, but I was pleasantly surprised with how well this market did overall in such a historically bad storm. The lake rose to record heights (over 206′), and there were record releases from the lake as well (almost 80,000 cfs), and yet the large majority of this community was high and dry. Our hearts go out to those who were not, however, and it’s been a blessing to see the community and especially the church rally around those in need. There are many examples of ‘loving your neighbor as yourself’ all around us.

The vast majority of the Lake Conroe Market was high and dry, and the problem areas were somewhat predictable. Homes on the water on Lake Conroe that have a slab elevation lower than 206.24′ took on water. The San Jacinto River Authority controls and manages the Lake Conroe watershed and dam. They own a 6′ easement around the perimeter of the lake that allows them a buffer during storm events. The normal ‘full pool’ elevation of Lake Conroe is 201′. That means anything built below 207′ is in that easement area and has a higher potential of flooding. Most of the homes built on Lake Conroe over the last two to three decades have been built at an elevation of 207′ or higher. Those were ok during Harvey, and the ones built lower than that potentially had issues. The ones built lower will tend to be the homes built in the 70’s or maybe early 80’s. I look at many deed restrictions around the lake for clients and you will often see the ACC for Lake Conroe subdivisions require an elevation of at least 207′.

The other problem areas were downstream from the Lake Conroe dam, along the creeks feeding into the San Jacinto River, and along the San Jacinto river itself. These areas are at risk for flooding of course and that is not necessarily a surprise.

What was a surprise was the amount of rain Harvey dropped. It was an 800 or 1000 year flood according to some analysts and it sure did leave a mark that won’t be forgotten by those who have lived through it.

If you have any questions about our local market in the aftermath of the storm, give me a call. Please let me know if you are in need of assistance as well and I’ll do what I can to assist you!