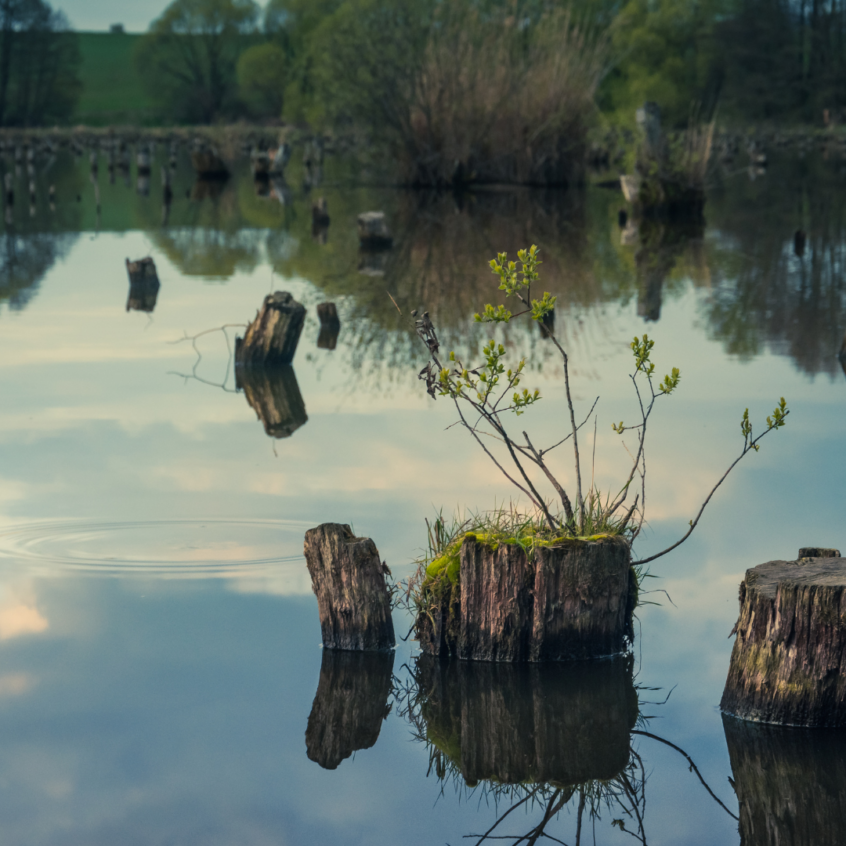 According to the US Drought Monitor, Montgomery County is under a severe drought even though we have received some rainfall in the past weeks. The effects of the lack of rain are evident especially in rural areas with cracks in the ground, brown grass, and dying trees. For residents in urban neighborhoods, the effects might be seen best in a higher water bill as you fight to keep your lawn and landscaping green. Well, Lake Conroe has not been spared from the effects of the drought. Let’s see how you can stay safe on Lake Conroe.

The most obvious result from a drought in a lake is the water level. Lake Conroe has not been at full capacity since 2014. Currently, the lake is at 92% capacity. However, even an 8% drop in the water level exposes stumps that can wreak havoc on a boat. Be aware as you enjoy the lake. The area with the highest percentage of exposed stumps are north of the 1097 bridge. The potential for a boating accident because of the drought has prompted Montgomery County Commissioners to fund an additional deputy in the marine division. Needless to say, if you are boating north of the 1097 bridge and/or close to the Sam Houston National Forest, keep your eyes open. If you are boating elsewhere on the lake, keep the thought in the forefront of your mind.

With the drought came higher than normal temperatures. The extreme heat has kept many people from getting out on the lake this summer. Officials have documented that attendance has been down. If people do get out, they are typically doing it in the late afternoon/evening or early morning time. With less people, there is less chance for accidents. So far this year, there has not been one boating accident. Let’s keep that statistic going.

Here are some reminders of what the state of Texas requires of boaters. First they must have “life jackets, a fire extinguisher, a Class IV throwable life preserver, a sounding device, a state-issued registration card and a cut-off switch lanyard.” Local officials highly recommend each boat having a designated captain. In other words, a licensed person to man the boat who agrees to remain sober. This is a recommendation and not a law, but a wise one. The American Boating Association reports that alcohol is a leading contributing factor in boating accidents. Additionally out of all the reported boating accidents, 65% involve injuries and 15% include death. Therefore, obey the law and be wise when on the water.

Lake Conroe is a beautiful and popular lake. It is a draw for residents and visitors alike. Between the drought and high temperatures, make sure that you heed the warnings about stumps and possibly other debris that is now exposed by lower water levels. Also know the law for boaters to keep yourself out of legal trouble, but safer as well. As much as we enjoy being on the water, there is always a chance that something can go wrong. Now you are more informed with this Lake Conroe update. Stay safe on the lake!