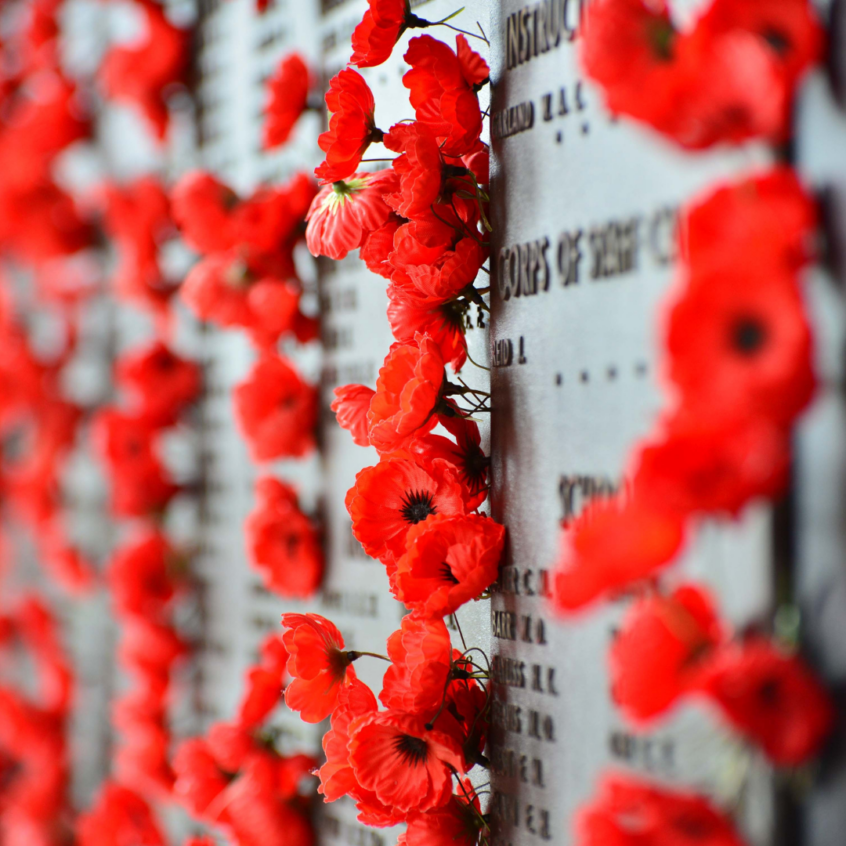 Have you ever wondered why we wear poppies on Memorial Day? Well today we are going to learn about the origin of the poppy as a symbol of remembrance.

During the Great War, millions of soldiers and civilians lost their lives as they fought across the face of Europe. The war also ravaged the land, tearing up roads, pastures, woods with deep scars from fighting. In the midst of the chaos and fighting, Lieutenant Colonel John McCrae, a Canadian field surgeon, noticed something strange. His eyes saw the bright red poppies growing in most unlikely circumstances. The sight was a complete juxtaposition between beauty and ugliness, life and death. It inspired him to write a poem.

In Flanders fields the poppies blow
Between the crosses, row on row,
That mark our place; and in the sky
The larks, still bravely singing, fly
Scarce heard amid the guns below.
We are the Dead. Short days ago
We lived, felt dawn, saw sunset glow,
Loved and were loved, and now we lie,
In Flanders fields.
Take up our quarrel with the foe:
To you from failing hands we throw
The torch; be yours to hold it high.
If ye break faith with us who die
We shall not sleep, though poppies grow
In Flanders fields.
In 1915, this poem by John McCrae became famous as people read it first in Punch magazine and then began to read it at memorial services for fallen soldiers. Meanwhile in the USA, Moina Michael read McCrae’s poem in another magazine. It touched her and motivated her to write her own poem.

We Shall Keep the Faith

Oh! you who sleep in Flanders Fields,
Sleep sweet – to rise anew!
We caught the torch you threw
And holding high, we keep the Faith
With All who died.

We cherish, too, the poppy red
That grows on fields where valor led;
It seems to signal to the skies
That blood of heroes never dies,
But lends a lustre to the red
Of the flower that blooms above the dead
In Flanders Fields.

And now the Torch and Poppy Red
We wear in honor of our dead.
Fear not that ye have died for naught;
We’ll teach the lesson that ye wrought
In Flanders Fields.

Ms. Michael began making and selling red poppies to raise money for veterans. In 1920, the National American Legion voted to use the poppy as a symbol of remembrance. The poppy has spread to many other countries as an emblem of remembrance, too. In America, we only wear the poppy on Memorial Day and not on Veteran’s Day. The former is to honor all those who gave their lives while fighting for their country. Memorial Day honors their sacrifice. May we never forget!

Hopefully you enjoyed learning the origin of the poppy as it pertains to Memorial Day. And you will wear yours proudly on Monday.