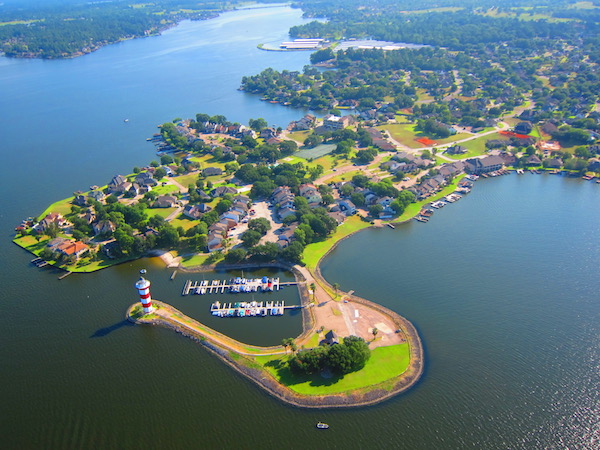 The Lake Conroe market after Harvey is rebounding nicely. Prior to Hurricane Harvey making land fall this August the Lake Conroe Homes market was humming along and having a strong year with rising prices. Understandably, things halted to a screeching stop as the storm developed and made landfall drenching the entire Texas Gulf Coast.

Home buyers put their plans on hold and those selling were waiting to see how bad the storm would be. In the aftermath of the storm and cleanup a ray of hope is shining through again.

It was heart warming to see the generosity of this community as neighbor helped neighbor and worked together to get things done. Strangers helping strangers, and even many from out of town and out of state flocked to the area just to help. There was literally a militia of small private boats doing rescues, opening their homes, donating items, and doing the rebuilding! It’s been an encouraging site to see.

It’s all helped the Lake Conroe market after Harvey start to hum again. While the storm was awful, and many people were negatively affected, this market did pretty well by and large. The lake rose to records heights (over 206′), and there were record releases from the lake as well (almost 80,000 cfs), and yet the large majority of this community was high and dry. There was flooding in areas that have a history of flood issues, in areas along the creeks feeding into the San Jacinto River and along the river, areas downstream from the dam, and areas on the lake that are built below an elevation of 207′. This last category are typically the older homes around the lake built at a time when the elevation requirements were different.

Many home buyers are looking to see what areas flooded and reevaluating their desired location. Many of those whose homes flooded are looking to downsize or start over in a new area. Investors are shopping too and looking for deals that wouldn’t otherwise be there.

The worst of the damage by Hurricane Harvey was to the Houston area, and it might be months before the down-town market is up and running full speed. As people are looking for a safer and quieter area they will continue to look to Montgomery for their home or investment. Together the market will continue to grow longer-term and we will rebuild Houston once again!

For More Info or Contact Me for more information.