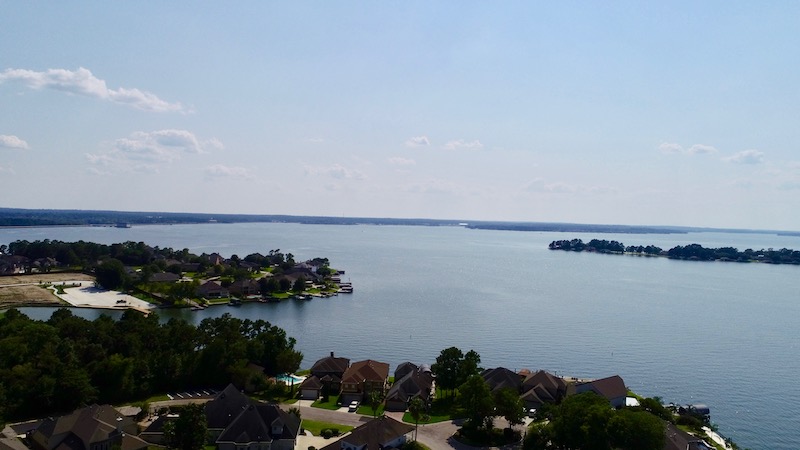 All in all, Lake Conroe really did pretty well during the storm. The damage here was relatively minor compared to other areas around Houston. Any waterfront home lower than 206.25′ (the vast majority are 207’+) took on water, and many homes along the streams and creeks that feed into the San Jacinto river took on water as well. However, most inland homes and most waterfront homes were high and dry. It was a blessing and encouraging to see the community rally to take care of our own and then quickly look to help our neighbors in surrounding communities that were hit harder.

Life went on, and then we started hearing rumblings of other communities pointing their finger at Lake Conroe for their flooding woes. I’ve written about this in prior posts, and linked to information from SJRA that sets the record straight.

This proposal is temporary while the San Jacinto River is dredged. The project is being done by the U.S. Army Corps of Engineers and is set to be completed by May 3, 2019. Once the project is complete, there should not be any water released from Lake Conroe.

The temporary water reductions on Lake Conroe began on August 1st. In my interactions with SJRA I’ve been encouraged that they seem to understand the situation, and they are seeking to balance things the best they can. I’m optimistic that this will indeed be a temporary issue while the dredging is finished, and we can soon go back to normal on Lake Conroe.

Lake Conroe will still be usable and accessible at the lower levels, and I can help you find the right place.

You can read more about this here or here.