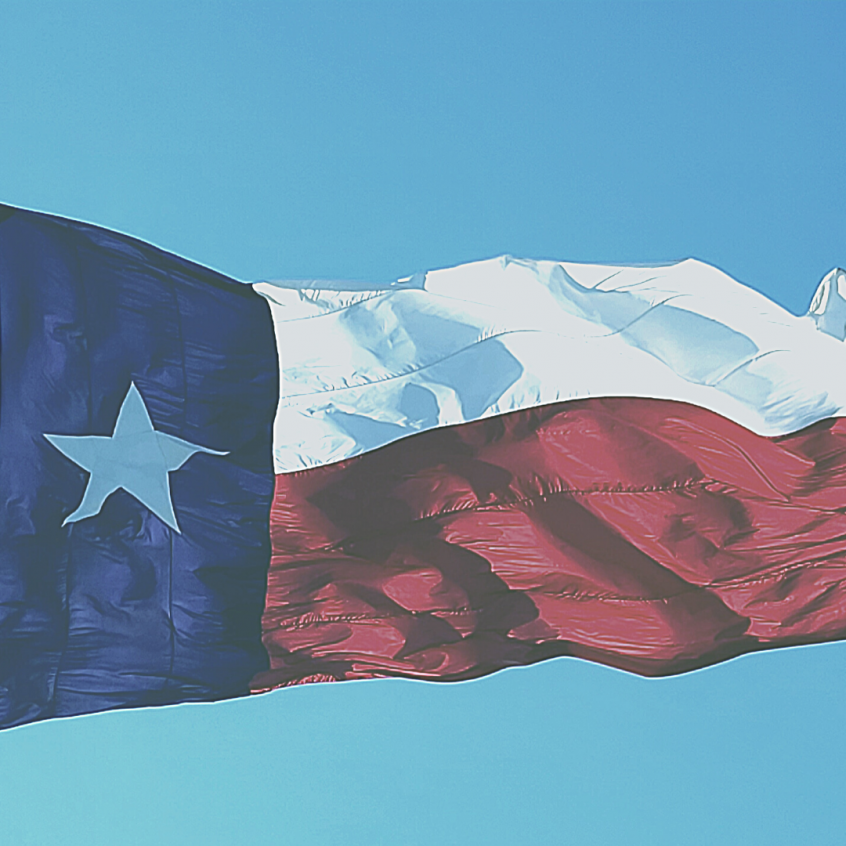 This week on January 25th, the Lone Star Flag celebrated its birthday. The Republic of Texas adopted it way back in 1839, which is 182 years ago. Do you know Montgomery, Texas’ connection to this celebration? Well, it is the birthplace of the Texas flag.

You may not be familiar with his name, but he was a doctor and political leader in the Republic of Texas. Originally from South Carolina, he arrived in Texas in 1830. He signed the Texas Declaration of Independence from Mexico and helped draft the Constitution of the Republic. Among other things he married Julia Shepperd from Lake Creek Settlement, which is now Montgomery. He settled there with his wife and represented Montgomery County in the Texas House of Representatives. He became the first Secretary of State of the Republic of Texas. Dr. Stewart is also credited with designing the now famous Lone Star Flag.

Using the same colors as the United State of America, Dr. Stewart reconfigured the design. On the left side, a dark blue bar runs vertically with one white star in the middle. Then a white bar runs horizontally on top of a red bar also running horizontally. It is a simple, yet striking design. Because of the one star, people began referring to it as the Lone Star Flag. Thus Texas became known as the Lone Star State.

It served as the national flag until 1845, when Texas entered the United States of America as a state. Texas kept the same flag, but now it was its state flag. Still today it is one of the most recognizable state flags of the US. To read more on the flag’s history, click here.

Adjacent to the Montgomery County Library is The Lone Star Monument and Historical Flag Park. According to its website, this park showcases “Montgomery County as the birthplace of the Lone Star Flag with towering historical battle and rally flags that depict those that flew during Texas’s fight for independence.” A bust of Dr. Charles Bellinger Stewart greets you as you arrive. Admission is free so you have no excuse for not going to see this local, historic park.

Montgomery, Texas is the birthplace of the Texas Flag. It is also one of the oldest towns in the state with a rich history. Texans love our Lone Star Flag and are thankful for Dr. Stewart’s design. Those from Montgomery are proud of the small piece the town played in our now state flag. Today the community is growing by leaps and bounds. Despite its age, Montgomery’s future looks bright.